Highlights from Ankura’s latest JV CEO Roundtable on how the right governance system allows JVs to evolve over time, including discussions with the CEOs of Syncrude and Global Hotel Alliance 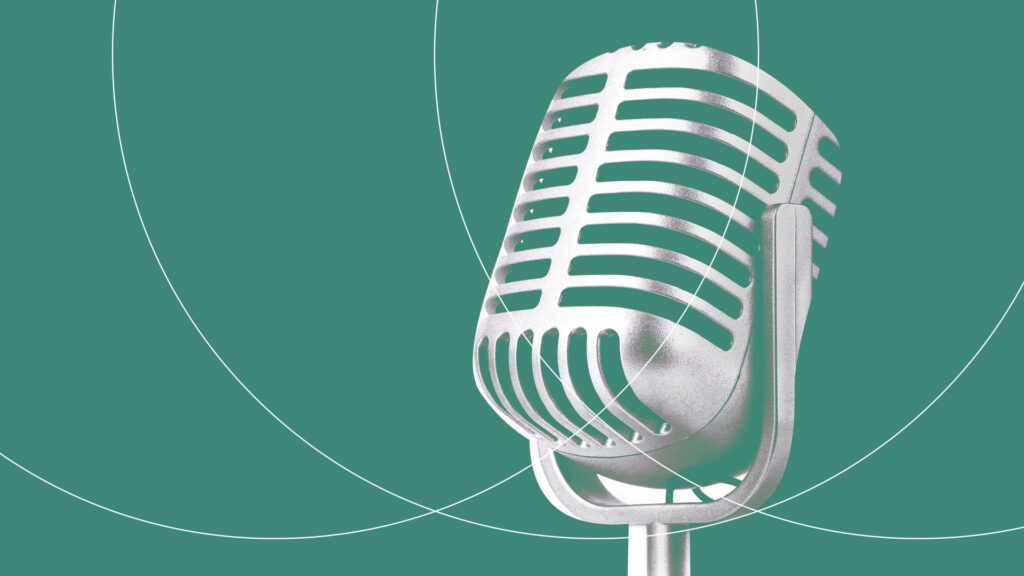 April 2021 — On March 17, we hosted more than 50 joint venture CEOs and top executives for a discussion of JV Board governance. We brought data and best practices to the table, with the main course being presentations from, and discussion with, the CEOs of Syncrude and Global Hotel Alliance. Both JVs have evolved significantly over the decades, due in large part to governance systems that help build environments of trust, transparency, and accountability, thereby enabling owners to periodically revisit what they want from the business, and define their role – versus the role of management – in delivering against those wants.

This marks the 12th year running that we have brought JV CEOs together for a roundtable discussion. Until last year, we held one or two in-person events per year in cities like London, New York, Washington, and Zurich. In 2020, we moved the roundtable online for the first time. The virtual format allowed many more CEOs to participate, and the feedback we received was to continue holding virtual events – and to hold them more frequently. With limited travel due to COVID-19, CEOs told us they have more time to work the big issues facing their companies, and that they want the help of people who understand exactly what it’s like to be at the helm of a JV.

This input led us to establish the JV CEO Network, a global community of executives running businesses with multiple owners, shared decision-making and control, and the outsized risk of owner misalignment and overreach. The heart of the network are quarterly roundtables focused on a specific theme. Last month’s roundtable included representatives from 44 JVs across six continents (Exhibit 1). 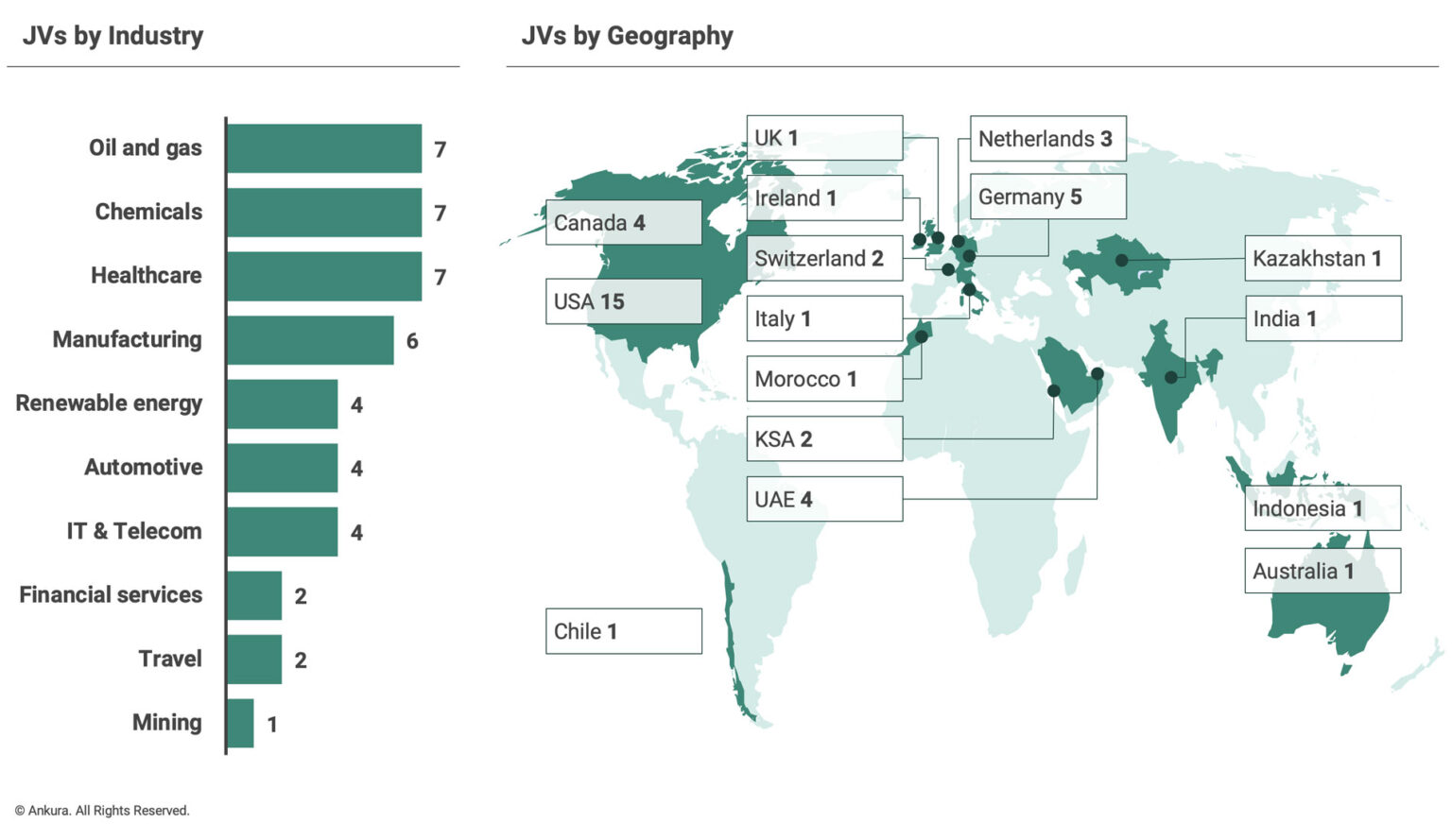 Below, we share the lessons the group took away from Doreen Cole, Managing Director of Syncrude, and Chris Hartley, CEO of Global Hotel Alliance (GHA). First, we heard from Doreen about the process of shifting Syncrude’s operating model from an independent company to one operated by its majority owner, Suncor. Next, we heard from Chris about navigating the change necessary to respond to different strategic inflection points GHA has faced.

One of the largest producers in Canada’s oil sands industry, Syncrude is a multi-billion dollar, 57-year old joint venture between Suncor, Imperial Oil, CNOOC, and Sinopec. Doreen Cole has been its Managing Director since 2017, when she was seconded from Suncor where she had previously been a Senior Vice President. She has nearly 30 years of experience in the natural resources industry, specifically in oil sands and refining.

Doreen explained that while Syncrude still operates under the initial JV agreement, over 36 different corporate entities have held an ownership stake at some point since its founding in 1964. “The one constant at Syncrude over time is change,” she said. Amongst its four current owners, the largest is Suncor with a 59% stake, followed by Imperial, a Canadian subsidiary of Exxon, with a 25% stake.

Upon arriving in 2017, Doreen found a complicated governance structure. Syncrude is effectively two partnerships operating as one. The physical oil sands assets are owned by the shareholders and governed by a Management Committee (ManCom). The Syncrude corporation is a separate entity, set up to operate the assets on behalf of the shareholders, and governed by a Board of Directors. Doreen could see that the roles of the ManCom and the Board were not entirely clear and sometimes overlapped, creating inefficiencies. Further inefficiencies stemmed from the regular ownership changes and accompanying changes to voting rights. But she sensed that there was a deeper issue, so she asked the Ankura team to have a look at the situation.

What we found was a fundamental misalignment between the two major shareholders on two key dimensions of the JV’s purpose (Exhibit 2). Historically, Imperial had been the largest shareholder, and, backed by the technical prowess of Exxon, it had played a major role in operations. But Suncor had been steadily building its own technical capabilities in other operated assets in the region, and it had become Syncrude’s majority shareholder in 2016. Given its majority ownership, technical capabilities, and proximity to the oil sands assets, Suncor believed it should play a greater role in Syncrude’s operations.

Doreen realized that before addressing any governance issues, Syncrude’s shareholders first had to align on the right operating model for the JV. After two years of complex negotiations, the shareholders recently agreed that there are significant advantages from Suncor assuming operatorship of Syncrude. The task ahead is to drive that change in the operating model, and also to streamline the bifurcated system of the ManCom and the Board to create single governing body for Syncrude, with the right role and responsibilities, the right composition, the right information flows, etc.

Doreen’s presentation concluded with questions about the management team’s reception to the impending operatorship changes, how Syncrude’s workforce will evolve in the transition, and how she was able to establish her independence within Syncrude as a secondee from its largest shareholder. 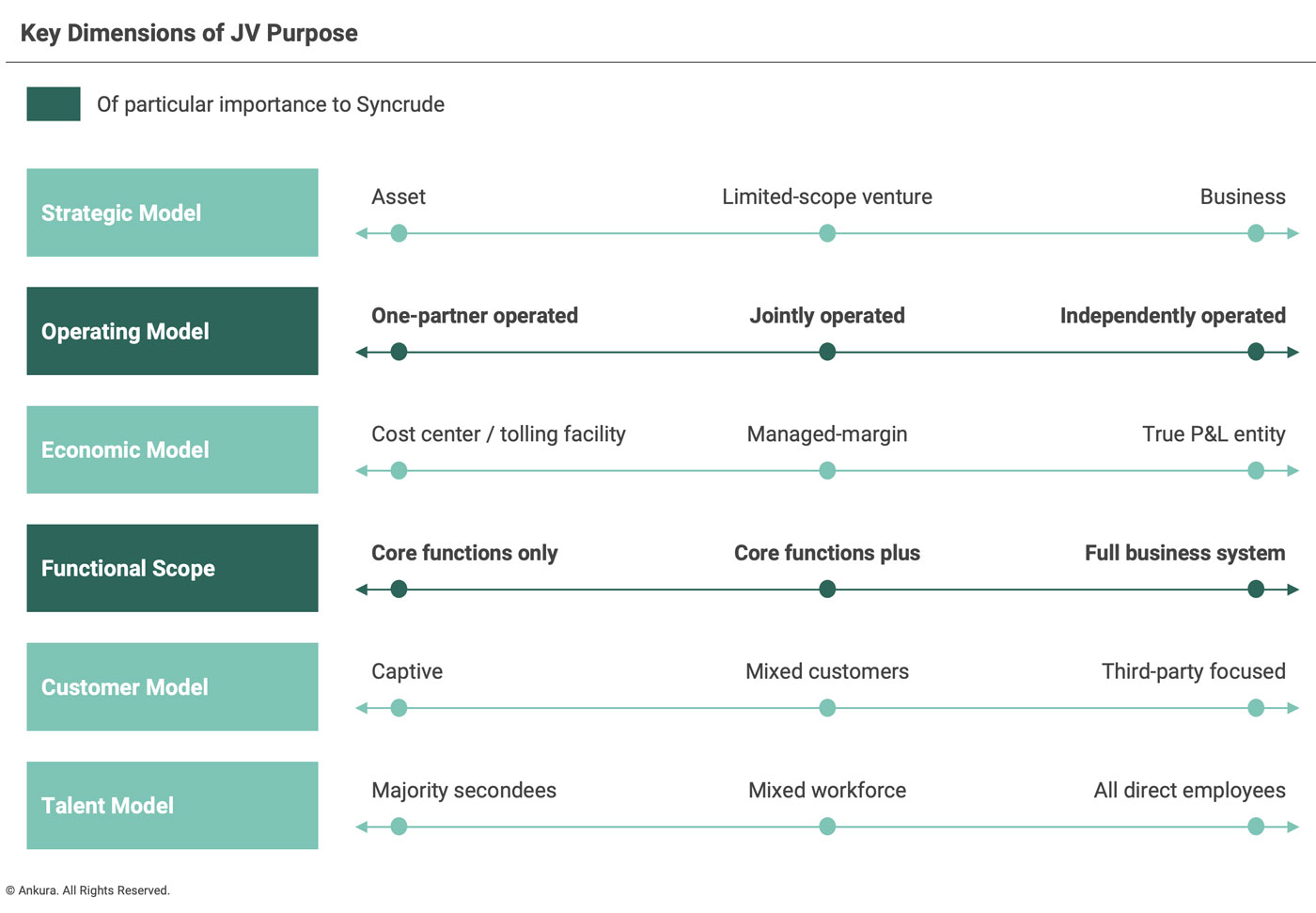 Global Hotel Alliance: Managing Through Inflection Points – and a Pandemic

Chris Hartley has served as CEO of Global Hotel Alliance (GHA) since its incorporation in 2006. GHA is the world’s largest alliance of independent hotel brands, enabling members to preserve their individual brand identities whilst competing more effectively together through GHA’s shared technology platform.

Across Chris’ 15-year tenure, GHA has faced three strategic inflection points. The first was the launch of its DISCOVERY loyalty platform in 2010. DISCOVERY shifted GHA from a pure B2B company serving its member hotel brands to a B2C company serving millions of individual loyalty program participants. The second inflection point was in 2016-17, when the Board agreed to a new strategic plan that sought to increase the shareholder base from within the broadening non-shareholder member base – Minor, Pan Pacific, and Corinthia joined Omni, Kempinski, and Oracle as shareholders – while significantly ramping up investment in marketing, technology, data, etc. The third inflection point was in 2020, when the global pandemic upended the hotel industry and caused some shareholders and members to rethink their participation, with Omni deciding to sell its ownership stake in 2021 (while continuing as an important partner of the alliance).

Navigating significant change is a challenge for any company, and especially so for JVs given governance structures that often require shareholders to unanimously agree to any big decision. If a JV CEO wants to change strategy, secure funding, make an investment, or bring on new shareholders, he or she needs to convince a Board of Directors representing owners with different interests, risk appetites, growth aspirations, and the like. To make matters worse – or at least more time-consuming – even if the Board approves the change, Directors often need to then get final approval from their bosses back at the shareholder companies. The result is that many JVs get stuck.

Not GHA. A key reason is that, at each inflection point, Chris worked closely with the Board to explicitly assess shareholder interests and constraints and to revisit long-term strategy, including alliance size, growth trajectory, profitability, investment needs, etc. This helped the Board to stay aligned on company purpose and direction.

Another reason for GHA’s successful evolution is that, in 2018, the Board supplemented the company’s strong legal agreements with a governance framework that answers important questions about the Board’s role, including:

With alignment on company purpose and a clear Board mission, Chris can focus his attention on captaining the GHA ship, and navigating the changing winds that it and the travel industry currently face.

Here’s how Chris describes what it takes to keep GHA thriving:

“A shared philosophy, along with ongoing collaboration and relationship-building, enables us to keep the focus on what the alliance is trying to achieve as a group. Ultimately, the success of our JV comes down to our broad membership speaking with one voice, and we’ve been able to do that, even as the membership has grown dramatically and the shareholders have changed.”

JV Board governance is a common issue across JVs. If a JV suffers from a governance system that is slow to identify and fix problems, it’s the CEO who feels that pain most acutely. At that point, what do you do? Doreen and Chris started by engaging the owners on what they want from the JV, and how the JV should work to meet those expectations. It’s not easy work, but participants in the March session now know how two of their peers have done it. Doreen and Chris helped their fellow JV leaders to see their challenges in a different light – or, as one attendee said afterwards, “It made my job in a 50:50 JV suddenly feel so much easier!”

There are many other topics of common interest to JV CEOs. Our goal this year is to point the JV CEO Network at as many of them as possible. To that end, we’re currently polling CEOs about topics for our second-quarter event, which will take place June 9. The early leader is how to align owners on the JV’s strategy, especially regarding new investments. Whatever the topic ends up to be, we look forward to the discussion.

In the meantime, we are exploring other ways to expand the JV CEO Network, including through regional or industry-specific meetings, a private LinkedIn group, and – as the world emerges from the pandemic – an annual in-person gathering. Please let us know if you have ideas on how to make the Network more valuable, and, if you are leading a JV and are interested in getting involved, we hope to hear from you.

Highlights from Ankura’s latest JV CEO Roundtable on how the right governance system allows JVs to evolve over time, including discussions with the CEOs of Syncrude and Global Hotel Alliance

Benjie Jenkins is a Director with Ankura based in Washington, DC. He works with our clients throughout the launch and integration process of new joint ventures and supports them in refining management and governance practices of existing joint ventures. He focuses on the oil and gas, renewable energy, and mining sectors, but works across industries. Benjie is a graduate of Dartmouth College.