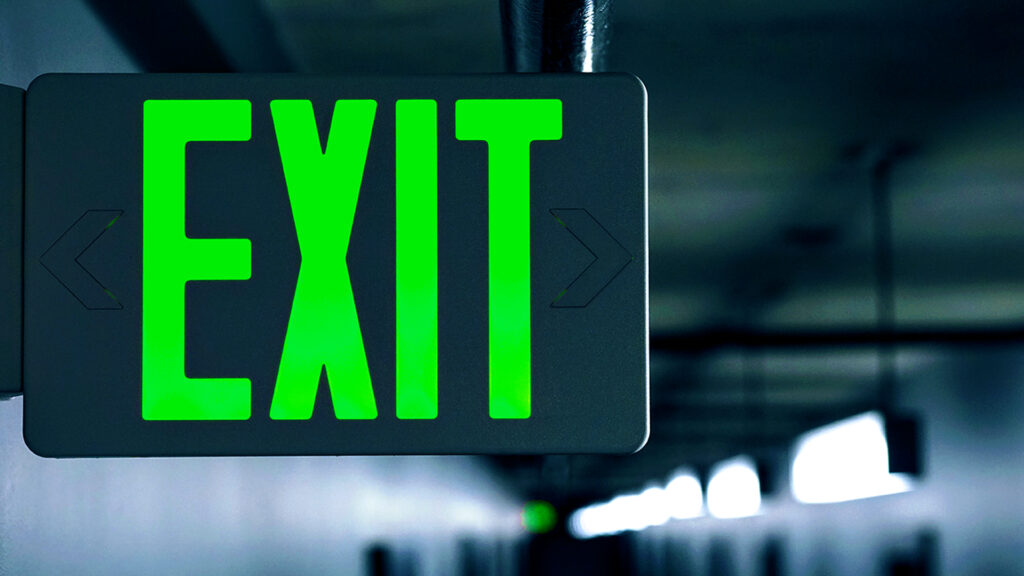 FEBRUARY 2022 – In the last year, many high-profile joint ventures have come to an end. Uber exited three JVs in Russia and restructured a fourth to provide local partner Yandex with a clear path to full control. John Deere and Hitachi ended their 30-year joint venture to distribute construction equipment in the Americas. And Renault ended its joint venture in China with Dongfeng due to poor sales.

Such terminations should not be surprising. The median joint venture lasts 10 years – a figure that has remained largely unchanged for decades. While JVs in relationship-driven geographies such as Asia and the Middle East, as well as asset-style JVs in slow-twitch industries like oil and gas, mining, and chemicals often last twice as long, the fact remains that all joint ventures come to an end, often earlier than partners anticipate. 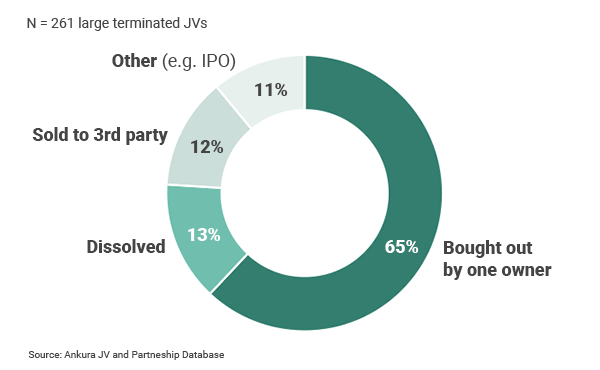 Stock markets are also paying attention to JV exits. In looking at how exiting a material joint venture impacts the share price of parent companies, we found that 54% of JV exit announcements had abnormal returns for at least one parent, with a median positive return of 5.0%. “Buying” partners tend to have higher abnormal share price returns than “selling” partners.

Getting exit right is essential to maximizing a company’s returns from a joint venture. In mountain climbing, more people are killed going down the mountain than going up. The same is true in joint venturing. Poorly structured exit provisions can cause significant time delays for companies to exit underperforming businesses, to monetize investments, or to execute broader strategic moves. Poorly structured exit provisions also can exacerbate partner animosity, trigger litigation, cause reputational damage, spawn high legal fees, and negatively impact exit valuations. All destroy shareholder value.

Given the importance of exit, we’ve been looking more closely at how companies structure exit terms in legal agreements. To do this, we’ve benchmarked the exit provisions of 81 joint venture agreements from around the world. Here’s a snapshot of what we found:

The Strategic Imperatives of Getting a JV Off the Ground

Filling the Investment Banking Void: Why You Need a Joint Venture Advisor for Your Next JV Deal

JV transactions have complexities not found in traditional M&A – yet they’re often executed without the help of investment bankers. That can create pitfalls in the deal process.

James Bamford is a Senior Managing Director and Global Leader of Ankura’s Joint Ventures & Partnerships Practice at Ankura based in Washington, DC. He joined Ankura with the firm’s 2020 acquisition of Water Street Partners, which he co-founded in 2008. Water Street Partners has been independently ranked as the number one global advisor on joint ventures since 2017. Prior to Water Street, he was global co-lead of the Joint Venture & Alliance Practice at McKinsey & Company.

Tracy Branding Pyle is a Managing Director at Ankura who specializes in helping organizations navigate complex transactions, and, in particular, joint venture-related transactions. She works with a wide array of U.S. and international companies across industries to help them structure, negotiate, approve, and launch joint ventures to set these ventures up for success. She additionally advises on governance of individual joint ventures and portfolios of joint ventures to help companies to minimize risk, increase efficiencies, and find value. Prior to joining Ankura, Tracy practiced law at Hogan Lovells, where she advised clients on joint ventures, public and private mergers and acquisitions, and corporate governance matters. Tracy is based in Washington, DC.